Vaught-Hemingway Stadium at Hollingsworth Field is a football stadium located on the University of Mississippi campus in Oxford.

The stadium is primarily used for collegiate football, and is the home football field of the Ole Miss Rebels.

Built beginning in 1915 as a federal project, a series of expansions and renovations have gradually expanded the stadium and modernized its amenities, allowing the Rebels to play all of their home games on campus. 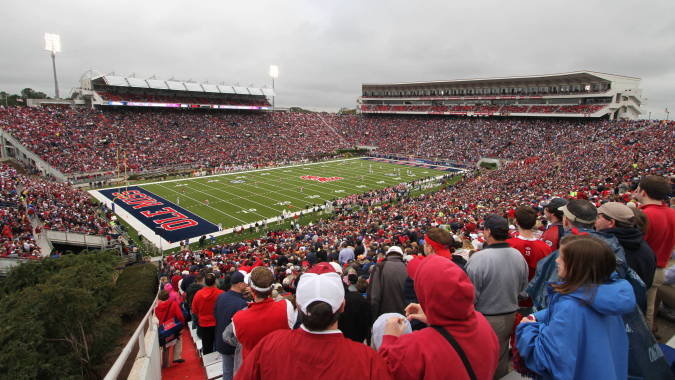 Members of the SEC